Can You Make a Balloon Garland the Night Before?

Wondering if you can make a balloon garland the night before your party?  I tested it out, and will show you exactly what the balloon garland looks like when it's freshly made versus when it's several (or even ten!) days old.   And I have all the tips and tricks you'll need if you do want to make your balloon garland ahead of time. 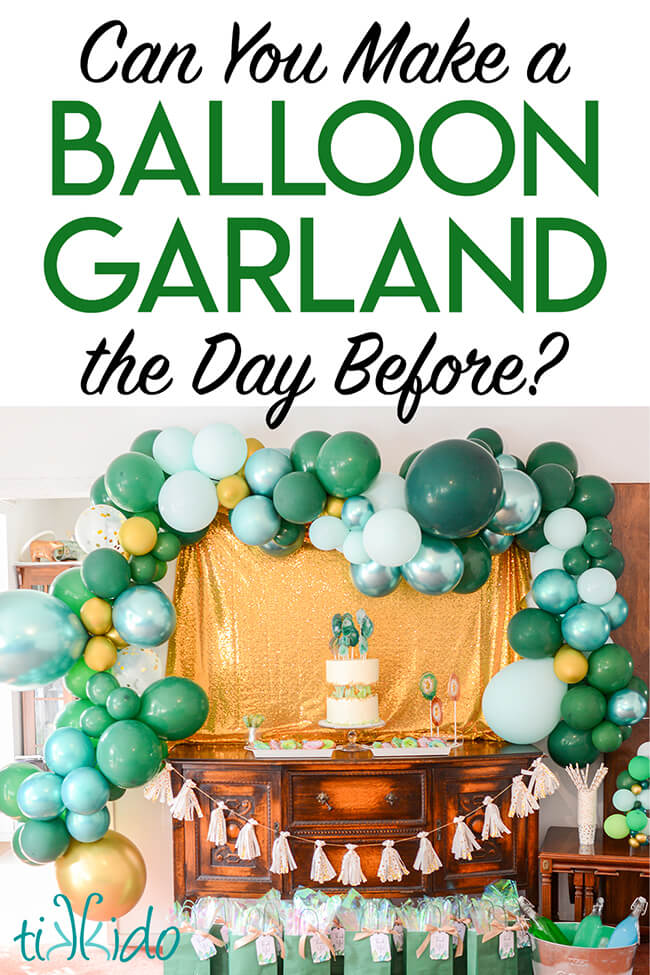 This is the balloon garland I made for my daughter's Crystals, Geodes, and Gemstones birthday party.  I used a very standard balloon garland kit from Amazon, and just added some clear balloons with gold confetti to my mix.  To assemble my balloon garland, I used the brilliant technique in this video instead of the fishing line and glue dots included in the garland kit.  I HIGHLY endorse this method for making better, easier balloon garlands!

How a Balloon Garland Looks on Day 1 and Day 2: 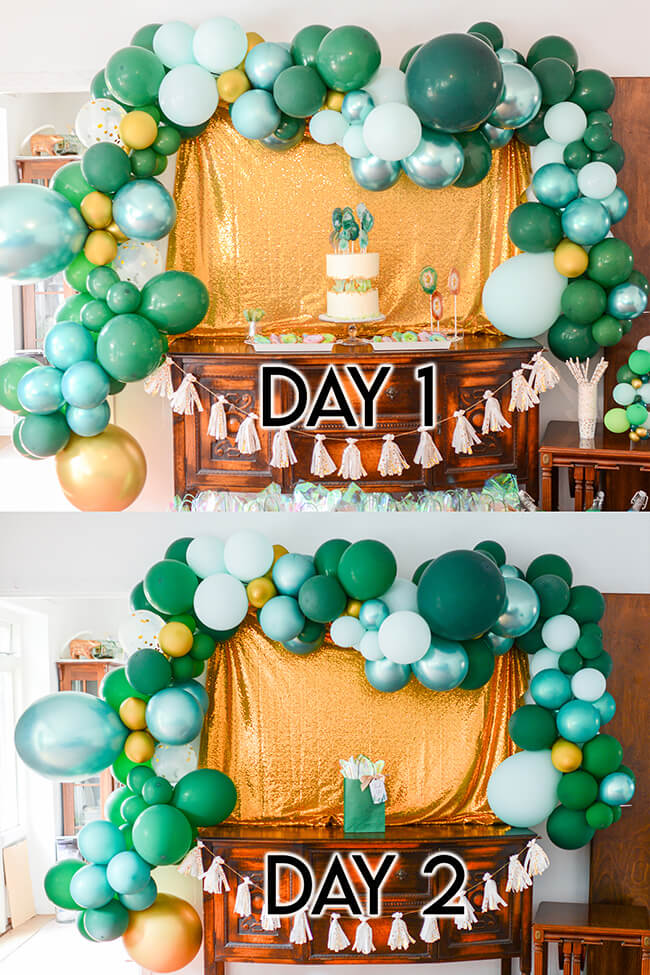 Here's a side by side comparison of the balloon garland about 4 hours after it was made (Day 1) and about 24 hours later (Day 2).  You can see some oxidization starting on the non-metallic green balloons (they start to look less shiny and more velvety). 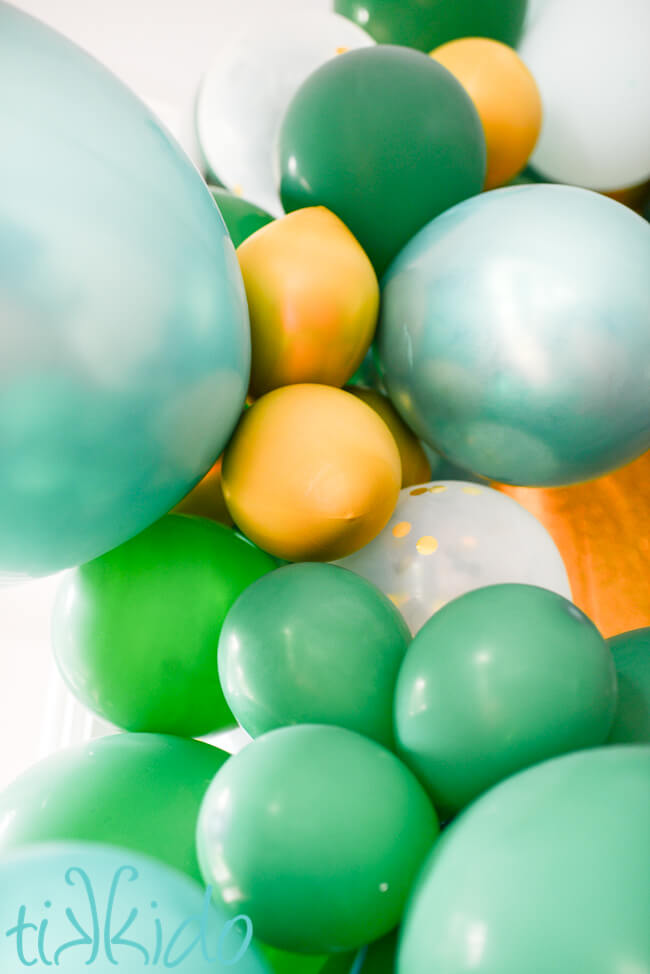 The oxidization is most noticeable on the clear confetti balloons, which have started to look more white than clear.  But you can still see the confetti clearly, and they still look lovely! 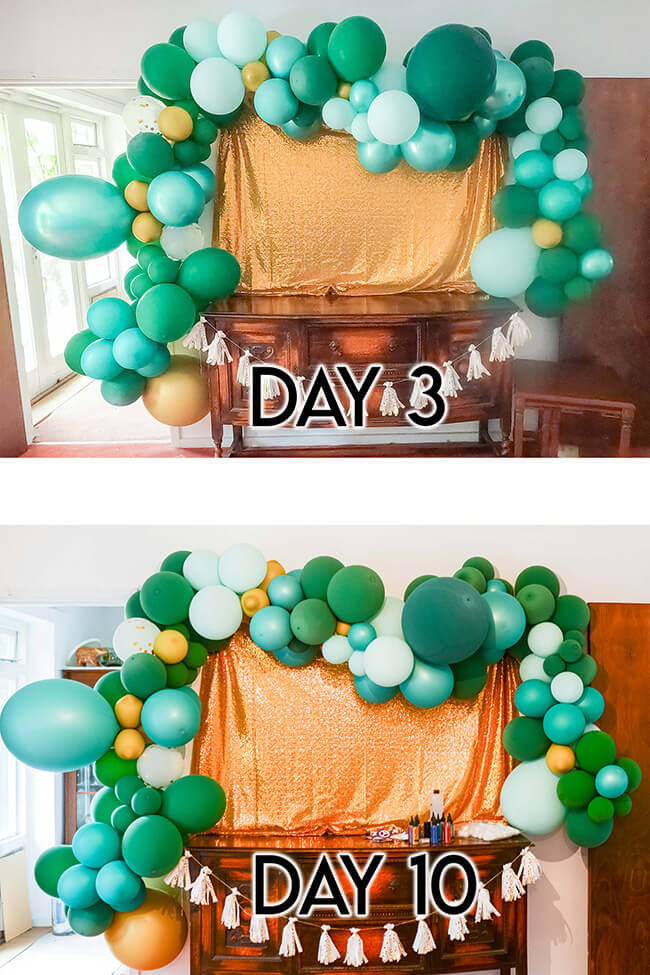 As you can see on day 3 of the balloon garland hanging on the wall, the oxidization is definitely more noticeable.  All of the balloons are looking more opaque and velvety, but the metallic balloons are still holding on to a bit of their shine.  I got tired of taking pictures every day when there wasn't much change, so I just let the garland hang for several more days.  I took pictures again on day ten, and by then, the balloons looked very matte and have started to shrink a bit.

Closeup of the Balloon Garland, Day 3: 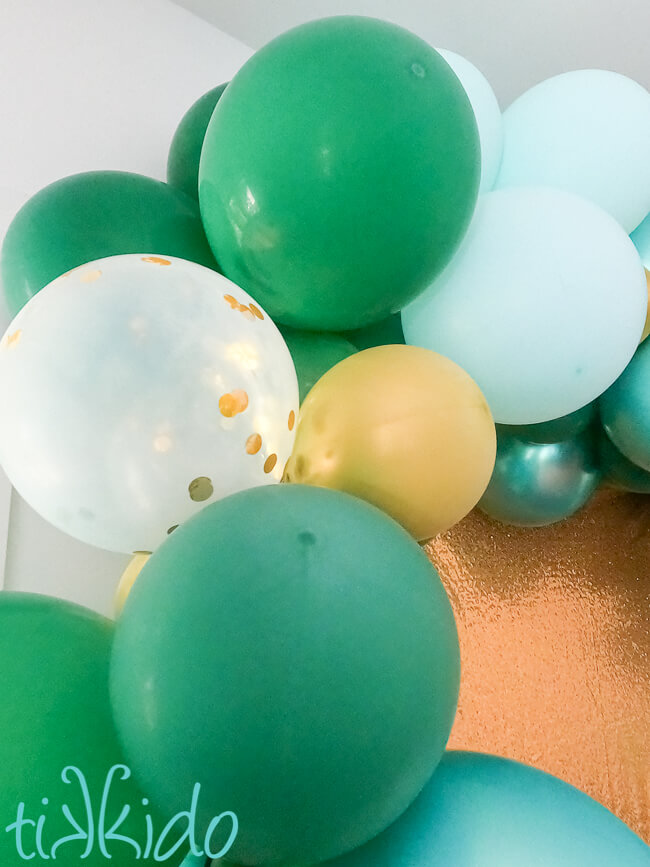 Oxidation had continued, but on day three, the balloons still had very good shape, and still looked great--just a little less shiny and different. 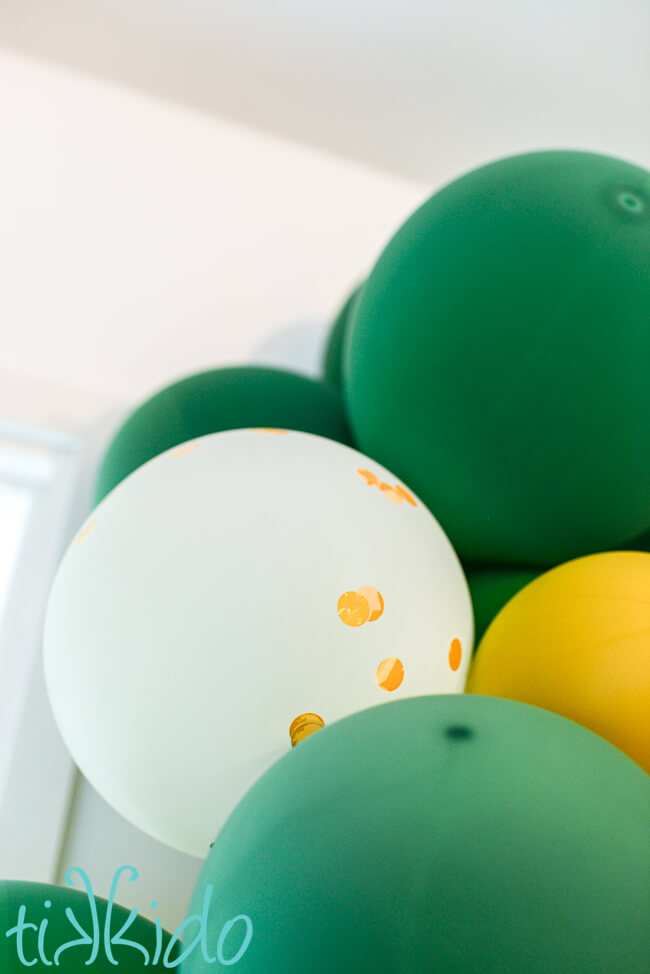 As you can see, the balloons became more and more velvety and matte looking, and have basically lost all their shine by day 10.  The clear balloons look completely white at this point, but you can still see the gold confetti perfectly! 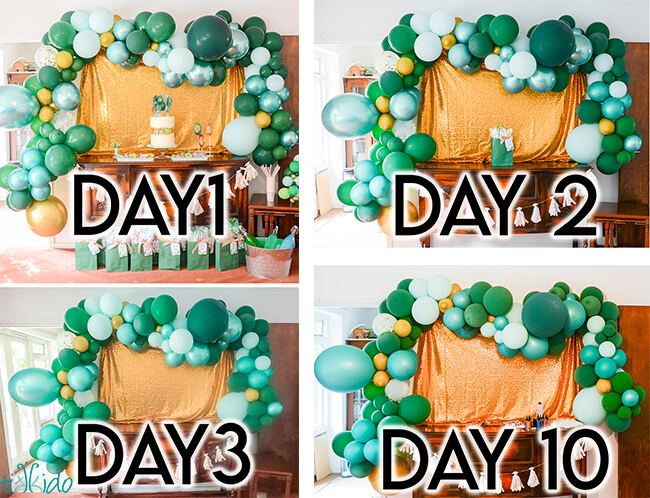 Here are all four of the photos in one collage so you can see the difference all at once.

General Tips for Increasing the Longevity of Balloon Garlands

It's important to note that this experiment was done in pretty mild weather (mid 70s), and out of direct sunlight.  Sunlight and heat are the enemies of balloons!  So if you want to make a balloon garland the night before keep in mind that you should: