Royal Icing is the best frosting for gingerbread houses and decorated sugar cookies because it hardens.  Today I'm sharing my favorite royal icing recipe--the one my family has used for decades, and the one I used on Food Network's Holiday Gingerbread Showdown.

In fact, I'm going to share three different versions of my royal icing recipe:  one made with meringue powder, one made with regular egg whites, and one made with powdered egg whites.  That way, you'll be able to make royal icing, no matter which ingredients are easiest to find in your area.

Royal icing is the delicious, edible glue that holds gingerbread houses together.  And it makes really pretty decorations for the houses, too. 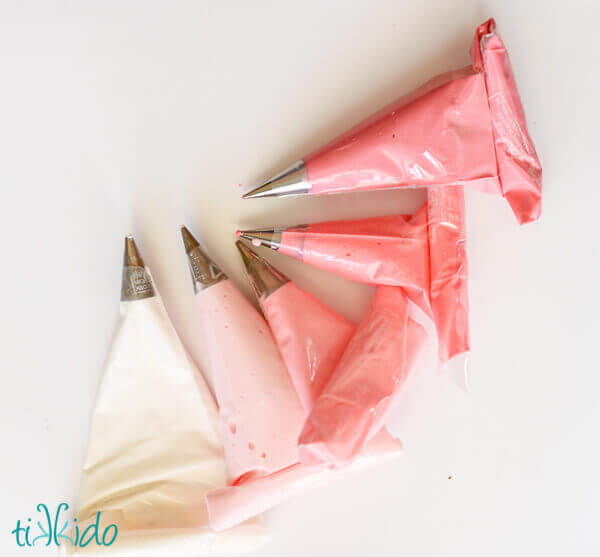 And, of course, it's great for decorating gorgeous sugar cookies.

Combine dry ingredients together.  Add the wet ingredients, and mix to combine.  As soon as all of the ingredients are wet, turn the mixer to high and beat for several minutes until the royal icing is stiff and fluffy.

You can always thin the icing with water if you need it to be thinner, so I always mix my royal icing to be very stiff at first.

The classic recipe for royal icing--the recipe we used for years before meringue powder made it so much easier--calls for using egg whites.

This traditional royal icing recipe just uses egg whites instead of the meringue powder and water.  Mix it up in exactly the same way.

I find this version of royal icing to take longer to beat to stiff peaks, but it does get there!  Keep mixing!

Important:  be sure you don't get the smallest DROP of egg yolks in the icing, or it will not set!  Break your eggs in a separate bowl, so if you do accidentally break a yolk, you can just throw out the eggs, not all of the icing ingredients.  If you break a yolk, you must discard everything in that bowl (make an omlette or something)--DO NOT attempt to use it in the icing, even if you think you've gotten all the yolk out!  The fat in the egg yolks will prevent the icing from setting properly, and your project will fail.

A few months ago I moved to England from the US, and meringue powder is much harder to find here.  Fortunately, powdered egg whites are easily available, and work just as well.  Just look for a brand that is 100% egg whites, with absolutely no other additives.

Again, the technique to mix the icing is the same.

How to Store Royal Icing

Be sure to cover your royal icing with a clean, damp kitchen towel as you're working to keep the icing from crusting over.

Even the tips of your icing bags need to be kept covered with a damp cloth or the icing exposed to the air at the end of the tip will harden and clog the tip.

You can store royal icing overnight, or for several days.  Keep the leftover royal icing in an airtight container (like tupperware) in the refrigerator.  It will easily last for several days, BUT it will get less stiff and even start to separate over time.  Don't worry if that happens--the royal icing is still usable.  Let the container come to room temperature, then put the icing back in your mixer and re-whip it back to the original consistency.

You can make royal icing decorations for cakes or cookies, let them dry, and store them for years! Let the royal icing dry completely before packaging them up to be used in the future.

How Long Does it Take Royal Icing to Dry?

Keep the royal icing decorations in a dry, dark place (light can affect the food coloring--especially reds and pinks). 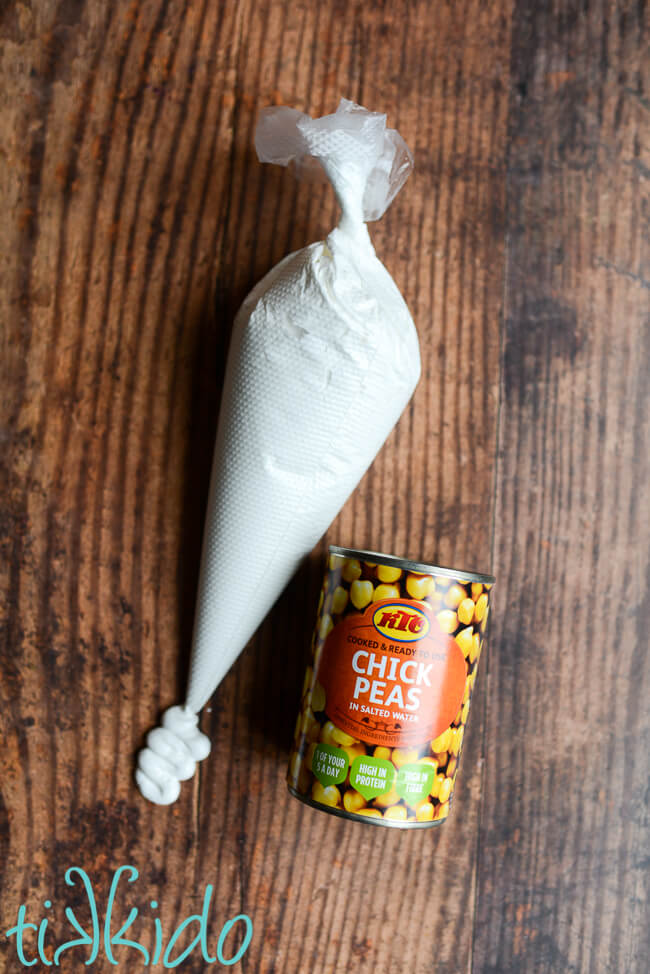 This recipe uses aquafaba (the liquid in a can of chickpeas) instead of egg whites.  Head over to the vegan royal icing post for a video tutorial, the recipe, and all the details on how to make it.

If all things were equal, and you had all of the ingredients for each different style, which would you make? Can you tell subtle differences between them? Does one try a tad bit softer?

I'd say that the meringue

I'd say that the meringue powder and powdered egg white version are equally easy and convenient, and yield an identical product.  I'd make that version ALMOST every time over the kind made with real egg whites.

The only time I bother with the fuss of using real egg whites is if I'm doing delicate piping and I need that tiny bit of extra strength that the icing made with real egg whites (liquid form, straight from the egg) has.  If I were making a delicate, lacy piped icing fence, for example.  And even then, I'd make 10 versions of the item, because at least several would probably crack as I'd try to use them.  Royal icing is always delicate!

How do you store it overnight?

I put it in an airtight

I put it in an airtight container in the fridge to store the undried icing.  It does get thinner the longer it sits, so if you need a nice stiff icing, you'll need to re-beat it.

I'll probably be making the liquid egg white version, but the question I have is, is it edible? The egg doesn't get cooked right? So will it be safe to eat later?

That's a judgment call you'll have to make for yourself.  I personally feel very safe eating the dried icing if I've used ultra-pasturized egg whites that come in a carton.  And I've certainly eaten a lot over the years that I've made with eggs that I've cracked myself and haven't gotten sick, but there is some small risk.