American buttercream frosting is the classic birthday cake icing. With just a few simple ingredients, you can make an amazing homemade frosting great for cakes, cupcakes, and cookies. 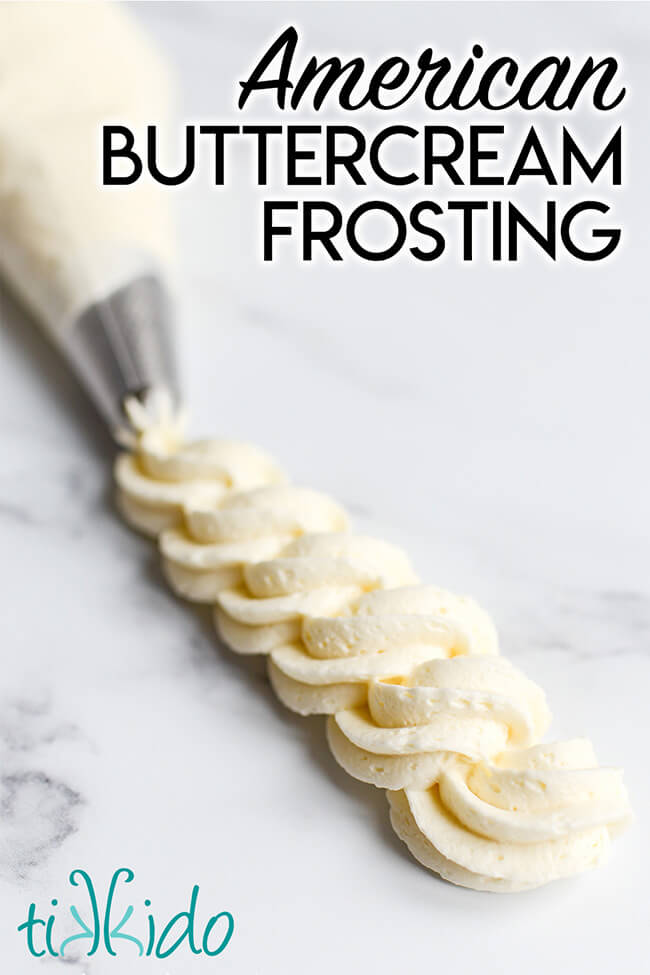 Some cute inspiration for you:  these vanilla cupcakes (pupcakes!) were topped with a swirl of classic American buttercream, then topped with the gum paste dog cupcake toppers. 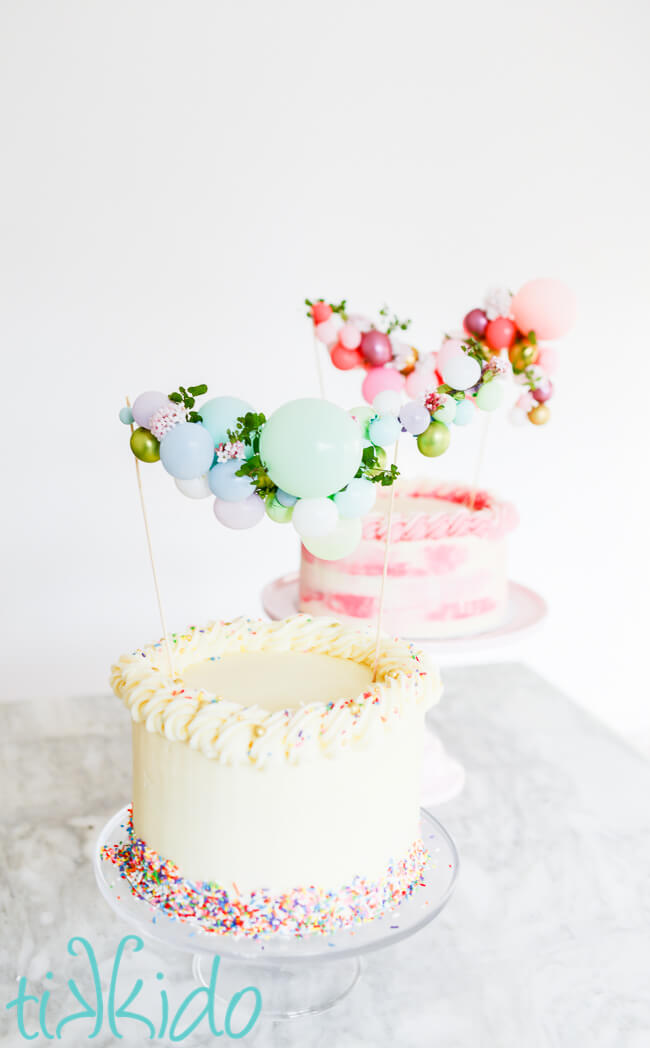 You can also use American buttercream for frosting cakes, like the ones above, or even on a fancier cake, like a wedding cake.  This easy American buttercream frosting recipe is a simple recipe, and once you realize how little effort it takes to make, and how much better it is than cans of pre-made frosting from the grocery store, you'll never go back.

How to Make American Buttercream Frosting

It is very important that you use room temperature butter to make this recipe.  Using either hard, cold butter or melted butter will make it impossible to know when you've reached the right consistency of the frosting.  Many recipes call for unsalted butter, but honestly, I just use whatever I have in the fridge (typically salted butter), and it is always delicious. 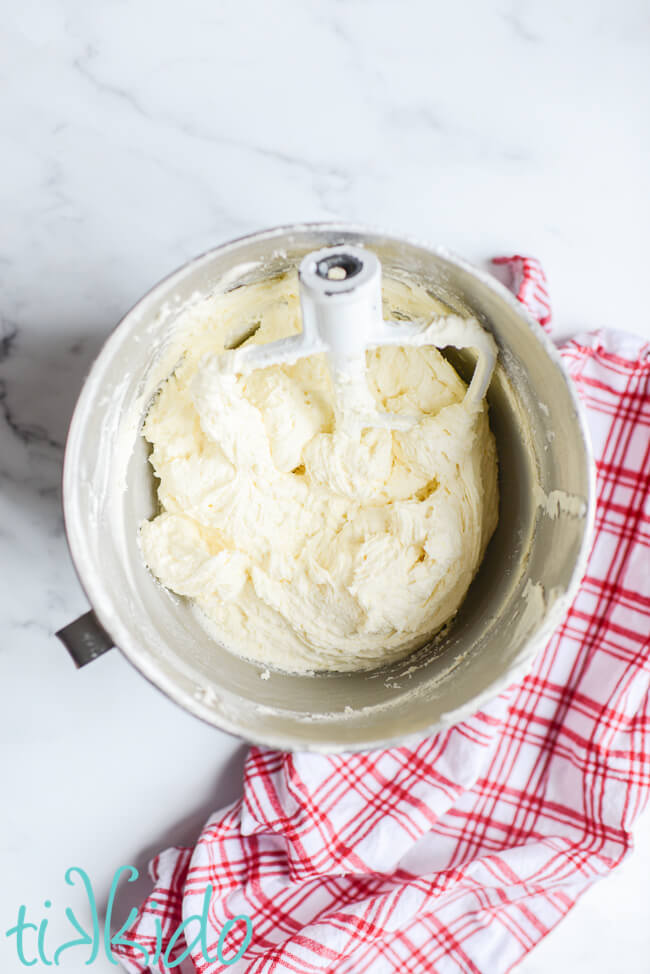 Shortening Instead of Butter in American Buttercream

My personal preference is for an all butter buttercream (just because of the flavor), but there are good reasons to make American buttercream frosting with high-ratio shortening, instead, including:

It's easy to add color to Vanilla buttercream recipes for all sorts of bright and fun applications. I like to use gel food coloring (Americolor is my favorite brand).  Gel colors are intense, so you don't need much to add gorgeous color to classic buttercream.  They're less messy than the older-style pots of paste food coloring (though those offer excellent color, too).  There are even powdered food colors!  The only type I wouldn't recommend is the liquid kind available at most grocery stores, just because adding that much liquid can mess with the texture of your icing quickly. 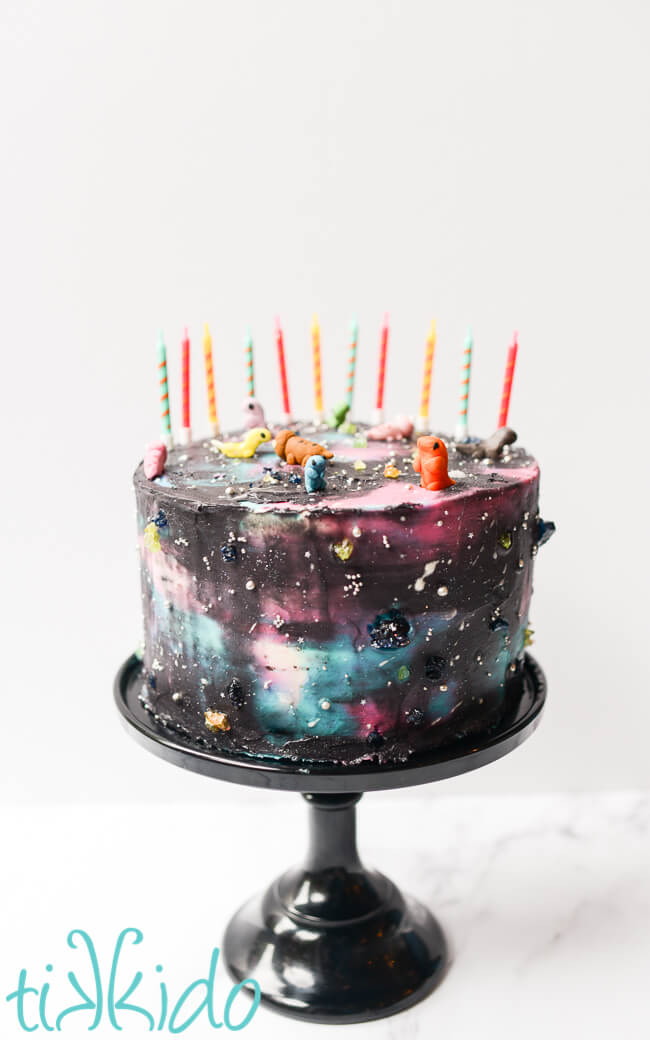 You can get really deep and intense colors with gel colors without messing with the texture of the homemade buttercream (even black!).  My youngest daughter requested a Space Dinosaur birthday cake and made the gum paste dinosaurs herself. You can even make rainbows on this basic frosting!  Get the tutorial for rainbow buttercream icing here.

I've developed and shared many delicious variations on this classic frosting over the years, including:

It's a very easy recipe to adapt to any flavor profile you want!

Want a one page, printable version of this vanilla frosting recipe?  Click on the image below to print directly or download the PDF to your device. 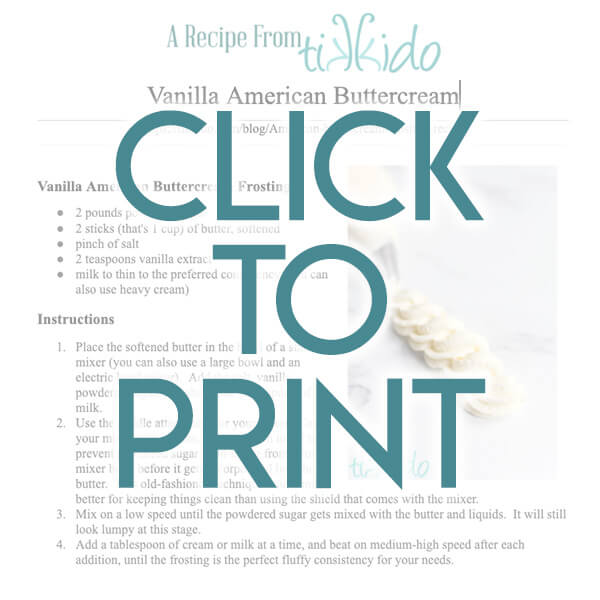 Cake Recipes to Go With these American Buttercream Recipes